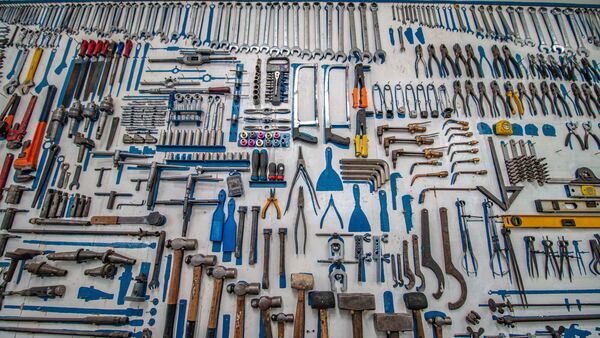 Of all the problems we have confronted, the ones over which the most brainpower, ink, and code have been spilled are related to managing configurations. - Brendan Burns, Brian Grant, David Oppenheimer, Eric Brewer, and John Wilkes, Google Inc.

I spent some time tracking down tools that seem like they manage K8S manifests. I found…many. This list of ~20 only touches the surface of a bubbling ecosystem.

Some of these tools are large and some are small. Some are simple templating systems, others can manage the entire life cycle of applications across many kinds of infrastructure. Some are libraries for programming languages, others complete languages themselves. A few are mature projects, some brand new, and others side projects of a single developer. The breadth and variance is quite amazing!

Please note that these are in no specific order, and neither does that order represent any kind of preference. Further, some of these tools, eg. Ksonnet, are no longer maintained. This is not an exhaustive list!

But let’s get to it.

As I mentioned at the start this list is random–the order it comes in was the order I discovered them on the Internet. (Certainly there are some cool tools I have missed, let me know in the comments.)

Ultimately, these tools provide some kind of templating, wrapper, abstraction, or other convenience around K8S, though, of course, they all do it in different ways and chose different approaches. The differences and value of these individual tools is typically under the surface layer and thus require some investigation to truly understand when, or when not, to use them.

With so many options it does seem like the market (made up of us technical people–the people who want and use K8S) hasn’t decided how exactly to use Kubernetes. A “silver bullet” approach probably won’t work. Will one of these tools win out? A handful? Will we get something new? Or does Platform as a Service still make the most sense? Time will tell. Until then, we all have to perform some due diligence and keep innovating.

PS. Once I found ~20 I stopped. A few minutes later I found this spreadsheet with 120 similar tools!