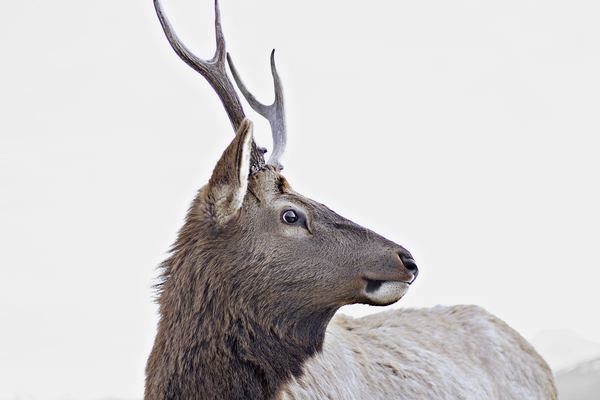 Well, the year 2017 is almost over. I wanted to take a few minutes to think about what happened this year and write at least three of them down.

By far the biggest thing that happened to me this year was the decision to move to Toronto. My wife is from Toronto, and she had spent many years with me in Edmonton. I was born in Edmonton, and, other than a short stint in Athabasca, have lived there all my life. Edmonton is a great place, better than most people think, but it was just time for me to move on and experience some other place in Canada. We almost moved to Ottawa, but for personal reasons ended up in Toronto.

Unfortunately the housing market in Toronto is insane. I don’t think anyone understands just how bad it is. We initially decided to rent for a while and figure things out, but the small house near Yonge and Eglinton we had rented turned out to be filled with black mold (as we unfortunately discovered, our landlord was one of the scuzzy ones you always hear about). We opted not to move in and ended up living with family in a house in suburban Woodbridge while we continue to sort things out.

If we had moved to Toronto 3 or 4 years ago, houses would be almost half of their cost now. In terms of moving to Toronto, it is bad timing, but we will do our best. Researching real estate has made me realize how the low interest rates have affected housing and the stock market. The 2017 stock market did not have a negative month which is the first time that has ever happened. I, like many others, personally believe we are due for a correction, ala 2008, but I’m not sure what will cause it, and it could take years before it occurs…or it could be tomorrow. Also, I think over time we will discover just how many homes are owned by foreign entities. I don’t have an issue with foreign investment, but homes are not supposed to be investments, they are places for Canadians to live. The same goes for speculators, no matter where they reside.

Toronto and Ontario are also much more expensive than Alberta (as most know). However, what many don’t know is that while Toronto and Ontario have land transfer tax, Alberta does not. This tax adds up to tens of thousands of dollars which the buyer pays upon purchase of property. It is very, very expensive to live here compared to Edmonton. I’m surprised that there is not considerable migration from Toronto to Calgary (I say Calgary because Edmonton just doesn’t have the reputation Calgary does, nor is it as close to the Rocky Mountains) but I suppose the Alberta economy is scaring people off.

Of course Toronto has many advantages, especially around food and entertainment, which is why we came here in the first place. It’s amazing to see companies like Google and Mozilla with offices here. In fact Google is investing heavily in Toronto. I look forward to seeing a lot of live music in 2018. In 2017 we only made it to a LCD Soundsystem concert, but already have a couple great events lined up for 2018, such as Destroyer. I am also a basketball fan and hope to make it out to some Raptors games, though they are quite expensive to attend. And, of course, how can we forget TIFF. Despite its obvious issues (housing, scuzzy landlords, car culture–I’ve never seen so many Maseratis), Toronto really is a world class city with much to offer.

During the first few weeks I went to several technology meetups. I plan to continue that in 2018. I’m also helping organize the Toronto OpenStack Meetup. Further to that I’ve taken over the Toronto SDN Meetup and am starting the Toronto Open Source Networking Meetup which I may combine with the SDN meetup.

I also have other grandiose plans (as usual) around some kind of group or event regarding The Future of Networking but have not ironed out all the details as of yet. Hopefully being in Toronto will help the organization of such a group or event.

Over the last couple of years I have been doing a lot of work in this area. Despite not having a classical networking background (which I think is almost an advantage in some situations) I am fascinated by networking and all the recent advancements…things like automation, Software Defined Networking, and Intent Based Networking. I also believe that network simulation is an important area that has not been given sufficient attention. Virtual Network Function (VNF) on-boarding will also continue to be a focus as it combines networking and automation.

I have also been working with a colleague on Service Function Chaining workshops. I am really enjoying the workshop model. We have been putting SFC into practice and are finding that there are many problems that still need to be figured out. I like SFC because it removes the standard route based model of packet movement, and in fact makes it somewhat arbitrary. Once you start doing SFC you realize why large organizations, usually telcos, are using things like MPLS to manage their core networks. Segment routing in some form is very important going forward. I believe (and hope) networking will look much different in the future, and in fact if 5G is really to come to fruition (which is debatable) it has to.

In a previous post I put automation, SDN, and intent based networking as major themes in networking. To that I would now add network simulation and SFC/segment routing as well.

I didn’t watch as many films this year as I have in the past, but I can give two films as recommendations:

2017 was an interesting and challenging year. I expect more of the same in 2018, especially if there is some kind of black swan event that causes a market correction.