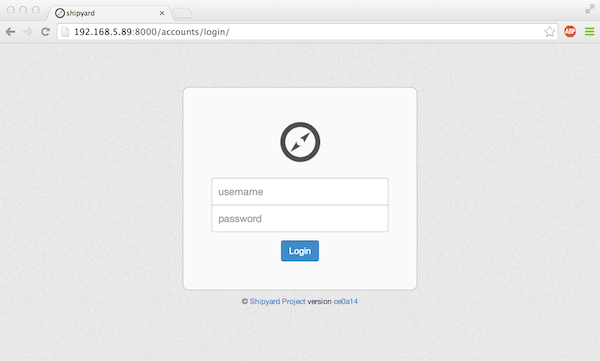 Docker is a container management system. Containers are a form of virtualization, but they are not like typical virtualization that one would achieve with KVM or VMWare. I think it’s best to consider them as modeling processes instead of servers. If you haven’t experimented with Docker yet, here is a good blog post on the terminology used which should help to alleviate some of the confusion around what Docker actually does and how.

It’s pretty easy to install docker. Here I install it on Ubuntu Trusty 14.04.

And that’s it. Once that command completes the server is a docker host.

That’s where shipyard comes in.

Shipyard is a project that can manage multiple docker hosts. Quoting from the website:

Shipyard gives you the ability to manage Docker resources including containers, images, hosts, and more all from a single management interface. Shipyard can manage multiple Docker hosts giving the flexibility to build redundant, highly available applications.

There are actually several similar systems being worked on right now that can tie together multiple docker hosts. One example is Flynn which has flynn-host, another is OpenStack which can manage docker containers, yet another is CoreOS, Project Atomic is new…and there are more out there. Typically these systems will do much more than just manage containers (or jobs) but they will all have that functionality. (Feel free to correct me if I’m wrong.)

This is as easy as starting a container. The shipyard project has a pre-created and distributed shipyard docker container. All we have to do is install that image and run it. Note that this will download a few hundred megabytes of images if they do not already exist on the docker host.